As if COVID lockdowns and their implications for supply and demand were not challenging enough, every stage of the nonwovens supply chain from resin through end-customer is wrestling with a global ocean shipping crisis that is forcing many to make changes in how they do business – often at significant cost in terms of additional operating expenses and reduced customer satisfaction.

As one nonwovens executive put it, “The big, dominating concerns today are not with supply and demand, which are not bad and in some cases are very strong. The big worries and areas of uncertainty are with freight and COVID.”

Observers told Nonwovens Markets about issues ranging from higher freight cost to the difficulty – sometimes the impossibility – of booking shipments on desired timeframes, with many considering strategies like trying to accumulate “safety stocks” or build extra time into regular delivery schedules.

A few plants are reported to have been forced to take short-term downtime because they could not get delivery of needed raw materials. In other cases, there are reports of Chinese plants shutting down temporarily for lack of containers for export shipments.

Optimistic market participants had said in January they were hoping logistics patterns would ease after Chinese New Year, but it was hard to find anybody who believed such predictions, which were not borne out in any case.

A superabsorbent polymer market player pointed out that the situation actually seemed to be getting worse ahead of the holiday, as companies rushed to get products out the door before the lunar new year holiday shut China down.

Some reports said virtually all containerships on Pacific routes were booked solid for the period from early January through the beginning of the holiday period on February 12.

Looking ahead, a fiber industry observer said his company has been pushing hard to dramatically increase shipments in the coming weeks to help customers build “safety stocks.” An executive with a raw material importer said his company is maintaining “unprecedented” safety stocks, while another market participant said it is simply too difficult to build inventories given uncertain supply chains, not to mention the difficulty some plants face running all possible shifts because of local COVID infection rates.

One observer pointed out that the chaotic freight situation has been developing over the course of 10 months or more, making it seem less likely to him that it will resolve itself quickly.

Freight industry experts say that what carriers and their customers alike are facing is not actually a shortage of containers – often called boxes in the shipping industry; it is the failure of the system to properly position containers for current market needs.

Given China’s huge role in global manufacturing, a vast number of shipping containers is typically moving between China and major market regions such as Europe or the Americas. In what amounts to a structural imbalance, they generally travel outbound from China holding cargo, and are often returned empty, to be turned around and loaded onto outbound vessels once again.

The efficiency of globalized manufacturing depends on a fluid movement of containers. This system worked quite well until the early days of the COVID pandemic, when Chinese manufacturers were shut down by the nation-wide lockdown. At that time, containers were stranded for a time wherever they were when the lockdown began – either at a Chinese plant or port, or in between, or somewhere overseas – on a vessel, in a part, on the road or at a plant or warehouse.

About the time China’s economy started back up, other major economies were entering some form of lockdown. So as China struggled to resume shipping products, it had to scramble to find an adequate supply of boxes.

Vessels out of service

At the same time, a few Chinese carriers took ships out of service rather than run them mostly empty, and some have not resumed operations because of the uncertainties on some trade routes.

Meanwhile, one expert said that an average annual capacity increase of 5% a year in global container numbers probably fell below 2% in 2020 thanks to COVID’s disruptive impact on logistics and manufacturing industries.

Since then, logistics experts say huge numbers of boxes have been tied up in particular at various locations in the United States, with turn-around times at ports being stretched out considerably. As well, one source said some large U.S. logistics companies have tied up tens of thousands of boxes, using them as portable warehouses because they find it cheaper to pay demurrage charges than to rent new storage facilities.

Because of COVID and a sporadic U.S. economic recovery, companies on the waterfront, at warehouses and in the trucking industry have periodically suffered from localized labor shortages, slowing the efficient movement of containers further.

Companies operating in the United States also continue to report a shortage of truck chassis – without which inland freight movements have slowed significantly, adding to the time needed to turn around containers and get them back to the port for shipments back to Asia.

One nonwovens manufacturer said it is getting increasingly difficult to recruit drivers in Europe as well, adding, “Being a driver is not a popular job – the pay is lousy and so are the working conditions.”

Several executives said their typical day-time schedule includes a great deal more time dealing with delivery schedules than would usually be the case, raising the possibility that other issues could fall through the cracks, or that delivery mistakes could be made.

Some small ports in Asia and elsewhere have had to shut down operations in recent months due to a lack of boxes, earning the unfortunate nickname “dead ports.”

With these mushrooming problems, the cost to procure a shipping container exploded in recent months. The global weighted cost index of the Shanghai Containerized Freight Index (SCFI) website (https://en.sse.net.cn/indices/scfinew.jsp) was at 2775 – equating to $2,775 per 20-foot container – on February 26, up from a little less than 1250 in October and a little over 1000 in August. Many nonwovens products are shipped in 40-foot containers, meaning the actual charges are twice the index values.

Observers say that while costs were rising before October, that is when the slope of the curve turned sharply upward, as the wide variety of global problems started to reinforce each other.

The index was actually 100 points higher in late January than it is now, although at this point it doesn’t appear it has done more than back off slightly from the pre-holiday peak; index values like 1000 or 1250 look pretty far in the future at this point.

In rare situations, typically involving smaller port-to-port combinations, increases in the past year have been more than that – reportedly rising seven times or even 10 times.

A fiber market participant pointed out that the combination of scarce boxes and skyrocketing rates affects all industries and all parts of the world today. Another observer cited problems affecting sectors ranging from low melt polyester fiber to elastic nonwovens.

A hygiene industry observer said some Turkish companies, normally very price-oriented, have increased SAP orders from Europe at the expense of Asian suppliers, even if it means paying higher prices for polymer, in order to temporarily shorten their supply chain and increase materials inventories.

A Chinese spunlace nonwovens manufacturer said the freight situation was not reducing his interest in developing overseas markets because of the profitability of such business, adding that his customers are the ones who have to pay any extra freight charges.

Who pays the freight varies widely, especially for spot business. European and North American companies that buy fiber of various kinds from Asia say it has gotten difficult to find suppliers willing to sell on a delivered basis.

With contract business, the party that pays for freight under the contract may simply have to absorb any additional cost. One SAP market observer said some contracts do include cost escalators that can kick in when delivery costs swing wildly, passing on some – but by no means all – of the recent freight cost increases.

In the SAP market, polymer is typically sold on a delivered basis, and the big buyers who dominate the market are said to have resisted reported efforts by Asian suppliers like South Korea’s LG to abandon delivered pricing or to pass on freight surcharges. However, one market observer said Asian suppliers may try again to negotiate different terms the next time contracts come up for renewal.

Several executives said their typical day-time schedule includes a great deal more time dealing with delivery schedules than would usually be the case, raising the possibility that other issues could fall through the cracks, or that delivery mistakes could be made.

How long will the changes made in operations by many companies last? For example, will changes made in working capital or delivery lead-times be institutionalized? Will the current desire for more resilient supply chains translate into shorter supply chains? Most industry observers don’t know. But one thing they are sure about – the current logistics mess has brought the issue front-and-center in many companies’ board rooms. 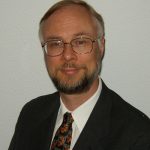 David Allan is editor of Fastmarkets RISI’s nonwovens.com news site, its twice-monthly Nonwovens Markets newsletter and its Nonwovens Company Profiles asset database. He has been editor of the Fastmarkets RISI publications for 10 years; before that he spent 30 years in the printing paper industry, culminating in 11 years as a paper markets consultant. He can be reached at dallan@fastmarkets.com.