As has been the case in many financial markets, the global cotton supply chain has been distorted by the U.S.-China trade dispute.

At the fiber level, the dispute has interfered with flows between the world’s largest exporter and the world’s largest importer. Since July 2018, U.S. cotton fiber exports to China have been hit with a 25 percentage point increases in tariffs. Those increases are scheduled to rise to 30 points in December. These tariffs were a major contributor to the 30% drop in U.S. exports to China in the 2018/19 crop year (year-ending July 2019), and they can be expected to weigh on U.S. exports as long as they are in effect.

At the other end of the supply chain, the U.S. recently scheduled duty increases on Chinese-made apparel and home textiles (HS Chapters for Knit Apparel, Woven Apparel, and Home Textiles were excluded from previous increases). Implementation is set to happen in two batches. The first already occurred in September 2019 (goods where Chinese share is less than 75%). The second batch is planned for December 2019 (goods where Chinese share is greater than 75%). Initially planned as ten percentage point increases, both of these additions to existing tariffs are now 15 percentage points.

U.S. imports of Chinese-made apparel and home textiles had been threatened with tariff increases for well over a year before the actual implementations were announced. In currently available trade data, there has been little change in China’s share of the U.S. market, but the transition from threats to actual implementation may eventually induce changes in sourcing allocations.

Simultaneous to the escalation of the trade dispute, there has been a slowdown in global economic growth. Forecasts from the International Monetary Fund (IMF) for global GDP growth are released every few months. Between the spring of 2018 and the fall of 2019, their projections for global growth in 2019 fell from levels calling for the strongest expansion since the financial crisis to those suggesting the weakest growth since the financial crisis.

Slower economic conditions and the uncertainty from the trade dispute do not support demand, and a weaker demand outlook has fed the decreases in a range of commodity prices, including cotton.

The irony of the matter

The trade dispute represents a set of rapidly developing changes that exists on top of several major long-term transitions.

One such slower moving large-scale shift has been underway in China. Even though China is the world’s second-largest cotton-growing country, China does not grow enough cotton to meet its spinning mills’ demand, and it consistently has a production shortfall between 10-15 million bales (about one-third of China’s mill-use).

Traditionally, China has filled this gap with imports. In recent years, however, China has relied on government-held reserves that were accumulated in the wake of the 2010/11 price spike. After four years of pushing these reserves onto the market, government supplies have been drawn down. As Chinese reserves stabilize, Chinese imports can be expected to rise from recent lows near five million bales to volumes near its current production gap (12 million bales forecast for 2019/20). This suggests a near-tripling of Chinese imports and raises the question of where China will get all this cotton.

Uncertainty seems the only certainty in the trade dispute. Intermittent talks between U.S. and Chinese officials suggest a deal leading to the removal of tariff increases may be possible.

A second major shift has been an increase in exporter supply. Prices for crops that can compete for cotton acreage, notably corn and soybeans, have decreased. This has made cotton a more attractive option for many growers, even though cotton prices have not been high.

The U.S. ranks among the countries most sensitive to changes in relative crop prices, and U.S. acreage and production has climbed more than 50% since 2015. With U.S. mill-use stable at a level near three million bales over the same time period, this has meant that the U.S. has a lot more cotton available for export and raises the question of where the U.S. will sell all that cotton.
With the rise in Chinese import demand and the increase in U.S. exportable supply, a natural answer to the questions from both sides would be more trade. Into that that environment of potential growth, tariffs were inserted.

With the series of implementations over the past year and a half, every stage of the cotton supply chain has been affected by the trade dispute. The largest direct effects include cost increases for Chinese imports of U.S. fiber and cost increases for U.S. imports of Chinese-made apparel and textiles. Indirect effects include general uncertainty, which feeds into slower investment, reduced order placement, and weaker economic growth. Both the direct and indirect effects contributed to the fall in cotton prices since the spring of 2018 and can be expected to continue to weigh on the market until a lasting resolution is reached.

Although it is being challenged, trade between China and the U.S. has not collapsed. Even with tariffs in place for the entire 2018/19 crop year, China ranked as the second largest destination for U.S. fiber exports (11% share), and the U.S. ranked as the third largest source of Chinese fiber imports (18% share in 2018/19). Although U.S. imports of Chinese-made apparel and home textiles have been threatened with tariff increases for more than year, there has not been an erosion in China’s share of U.S. apparel imports.

Uncertainty seems the only certainty in the trade dispute. Intermittent talks between U.S. and Chinese officials suggest a deal leading to the removal of tariff increases may be possible.

Nonetheless, the political path required to get to an agreement is not apparent. An agreement that would allow U.S. share of Chinese imports to return to pre-tariff levels near 50% would imply another 2-3 million bales of U.S. exports. With the U.S. expected to have such a large crop, that would balance the over-supply situation that has been priced into the market. For retailers, an agreement would ease sourcing cost pressures and potentially allow for higher order volumes. Stronger orders imply greater fiber demand that could also support cotton prices. However, the rapidly changing environment over the past year and a half has proven the trade dispute to be difficult to predict, and it remains to be seen what conditions will unfold. 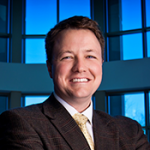 Jon Devine is Senior Economist in the Corporate Strategy & Program Metrics Division at Cotton Incorporated. In this role, Devine conducts economic research focused on the cotton supply chain, from fiber to retail. He is the author of Cotton Incorporated’s Monthly Economic Letter and Executive Cotton Update and is a regular feature on agricultural radio and TV. Devine can be reached at jdevine@cottoninc.com.