Humanity has long been able to conceptualize fitness, quantifying everything from strength and endurance to flexibility and agility. About 40 to 50 years ago, however, attention turned to the nutritional aspects of fitness, and healthy eating habits became integrated into the fitness-oriented lifestyle. Now, sleep has taken center stage as a vital component to both fitness and wellness. Analysts predict that the sleep aid industry is on track to reach $162.5 billion in revenue by 2030.

As we gain a deeper understanding of the human body, the next frontier in fitness will be energy – how we produce and store energy and how small, incremental gains can make a huge difference in winning or losing. We’re already harnessing kinetic energy for electricity through subway turnstiles and soccer balls, so it only stands to reason that we’d start looking at the body itself. After all, sentient beings emitting heat, ranging from 100 watts to 2,000 watts depending on the activity — a fact that inspired Swedish engineers to find a way to capture body heat in a subway terminal to boil water and heat a connected building.

But what if that body heat could be directed back to the individual? What would that mean for fitness?

The evolution of performance textiles

Clothing began as a means of protection, worn simply for its functionality. Over time, it gained new meaning in style and fashion. And more recently, textile engineers have added a new element of performance; they’ve altered the shape and structure of fibers to wick away moisture, create airflow, strengthen fabric, and so on. They’ve also looked for ways to wash or weave in agents that repel water, block harmful light, and protect against bacteria.

Each of these applications, however, is still confined to the fabrics themselves and how they interact with the elements. The next level in performance textiles goes beyond that — transitioning from material performance to human performance.

Eventually, SFIT will replace many traditional materials — much like nylon, spandex, and other synthetic fibers have already done in most athletic wear. But it will take time for consumers to adapt.

The next step in the evolution of performance textiles is responsive fabrics. We’re already seeing smart fabrics and interactive textiles (also known as SFIT) that can help achieve everything from health monitoring to energy harvesting. There are even companies now embedding CBD oil into textiles for a number of purported health benefits: reducing inflammation, combatting oxidative stress, and improving physical performance among them.

This takes us to the next progression of responsiveness with infrared-emitting textiles, where ceramic particles are woven into fabric to capture body heat. These particles convert heat energy into infrared light that’s transferred back into the body, which may increase blood flow temporarily and encourage cell oxygenation, leading to a variety of wellness and fitness benefits.

Eventually, SFIT will replace many traditional materials — much like nylon, spandex, and other synthetic fibers have already done in most athletic wear. But it will take time for consumers to adapt.

Consider that when automobiles first hit the market, many people found the invention to be preposterous. They questioned why they should put these noisy contraptions on the road when they already had buggies for effective transportation. As more people tried automobiles and recognized their benefits, however, motorized vehicles eventually became the new norm for transportation. Similarly, widespread acceptance of the next wave of performance fabrics will take time and a collective mindset change.

With something like smart fabrics or infrared-emitting textiles, the benefits of the technology aren’t immediately evident to the everyday consumer. (This differs from moisture-wicking or waterproof fabrics, for instance, where it’s easy to demonstrate the benefit by simply pouring liquid onto the textile.) Demonstrating a textile’s impact on human performance is not so straightforward. Brands will have to detail the inner workings of the technology and its benefits to performance to overcome skepticism.

Ultimately, energy-harnessing fabric will make up the clothing of the future. We already have the technology to create it; now, it’s about spurring widespread adoption among consumers. After all, the very idea of smart fabric will someday seem rudimentary, and we’ll be looking toward the next big thing. 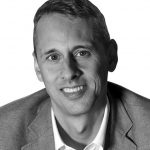 Seth Casden is the CEO and co-founder of Hologenix, a material sciences company dedicated to developing products that amplify human potential. Celliant, its flagship product, is a responsive textile using infrared technology and is clinically proven to temporarily increase local circulation and improve cellular oxygenation, resulting in stronger performance, faster recovery, and better sleep. The FDA has determined that Celliant products are medical devices, as defined in section 201(h) of the Federal Food, Drug, and Cosmetic Act, and are general wellness products. Before founding Hologenix in 2002, Seth earned a degree in business administration and worked in private equity. His mission is to innovate responsive textiles that improve the quality of people’s lives. Seth can be reached at hello@celliant.com or +1 888.721.1545

Considering the digital transformation of the textile industry

Getting color right – digital color management for textiles and fibers

WEIMA shredders for the nonwovens and fiber industries